Gen Z was born into a completely digital word. Their inclinations towards social content on mobile phones and expectations to have constant access to celebrities, friends and brands influences the way major social platform share and create their content for user consumption. Gen Z kids were born right as a new shift in digital content took place. ‘Web 2.0’, describes the era when passively consuming the internet, evolved into the hype of networking, economic democracy and large-scale marketing platform we know today.

Human connections are being dramatically altered by our technological connections. This occurrence is particularly prevalent and apparent in the generations that have been exposed as soon as they leave the womb. Behaviour Change as a result of Youtube, the premier video-sharing platform, is an area of increasing interest to psychologists and even concerned parents. Read on to find the ways the Youtube has affected Gen Z’s behaviour, and how these changes are only becoming more influential as time goes on. 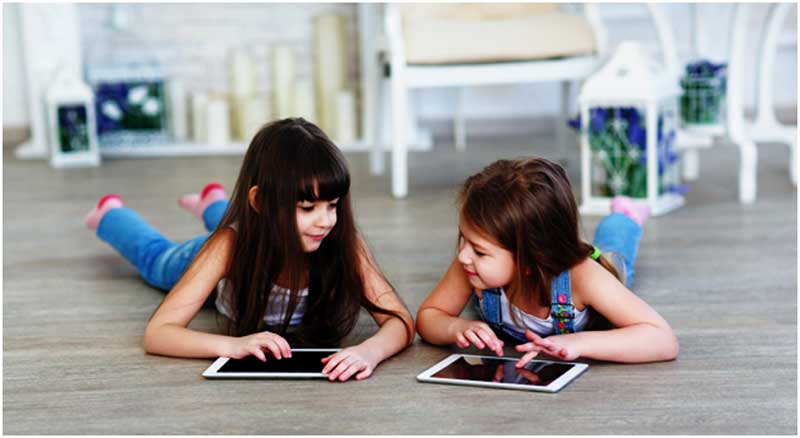 Gen Z kids are generating billions of video views on the online video service, Youtube. According to a research conducted by Defy Media in 2015, 96% of the children aged between 13 and 24 regularly used YouTube.

The  new generation of social influencers can therefore be found online. Known as ‘Youtubers,’ these owners of popular Youtube channels are admired by Gen Z more than their Hollywood counterparts and are equally, if not more, influential.

‘Youtuber’s are perceived as average kids to their online legions of fans. Many upload daily video blogs (‘vlogs’) as they run their daily errands, talk about their love lives and detail other intimate stories of their personal lives. This relatability makes them incredibly revered, influential and commonly extremely profitable in their endeavours.  Due to this authenticity, Youtubers have become extremely influential marketers and can be paid triple figures for a single post by major brands.

Children learn by observing others who demonstrate behaviour or the correct way to act.

‘Youtubers’ have an incredible influence on both the everyday and consuming behaviour behaviour of Gen Z. Companies create entire marketing strategies around these influencers to increase sales. A casual ‘vlog’ will be littered with product placements and product recommendations, influencing the impressionable minds of younger viewers. Growing up with the digital world already formed, it can be difficult for Gen Z viewers to gain a sense of media awareness; the understanding of the dangers and limitations of media dissemination.

Teenagers also copy the behavior of YouTubers they see in videos, including their language clothing and actions. YouTubers are often older than the average viewer and many swear or engage in other inappropriate behaviour (think of the Logan Paul incident earlier this year).

YouTube has developed quite a reputation as a breeding ground for for negative anonymous comments. Seeing these comments even on the most innocent of videos, has significant effects on the behaviour of Gen Z viewers.

Kids are very vulnerable to bullying and other forms of harassment. Allowing your children to post videos without restricting what others can write about them, will greatly increase their exposure to online harassment and cyberbullying. Seeing negative comments online can even normalise this behavior in the minds of young viewers, leading to an increase in bullying and harmful social interactions.

Research shows that media consumption is the top influence on a child’s career ambition. More than 150,000 videos are uploaded to YouTube every day, with the majority of these videos being created by teens. It’s therefore vital for parents to be vigilant about what content their child consumes, especially following reports that YouTube has had a checkered history of regulating content for children. Fortunately however, there has been some improvements in content regulation, with Youtube creating a specific Kids App with carefully monitored posts.

Millennials are currently the largest consumer demographic with about $1.3 trillion in buying power. Gen Z is therefore the target choice for most brands, making them the most vulnerable to external pressures and media influence. Gen Z trust social media and peer-to-peer advice when choosing what to buy and how to behave. It is therefore important to be aware and cautious about the effects of the video sharing platform, on the bright young minds of the next generation.

Bio: Laura Costello is a recent graduate of a Bachelor of Law/International Relations at Latrobe University. She is passionate about the law, the power of social media, and the ability to translate her knowledge of both common and complex topics to readers across a variety of mediums, in a way that is easy to understand.

7 Benefits of Mentoring Programs in the Workplace

What are the DOT Requirements?

Consider These 5 Types of Speakers to Host...