Why Your Small Business Should Switch to LED Light Bulbs

Light emitting diode or LED lights is a resource that runs at a voltage that is lower than conventional fittings. Additionally, LEDs emit a higher illumination level compared to older lighting units.

When a number of these fittings are attached to create a strip, it is then called a LED tape, strip or ribbon. Numerous LED strip varieties are used depending on the application. At first, only natural-hued LED lights were available, it was soon followed by the RGB color changing type, and soon enough a broader spectrum of LED colors was released to the market. 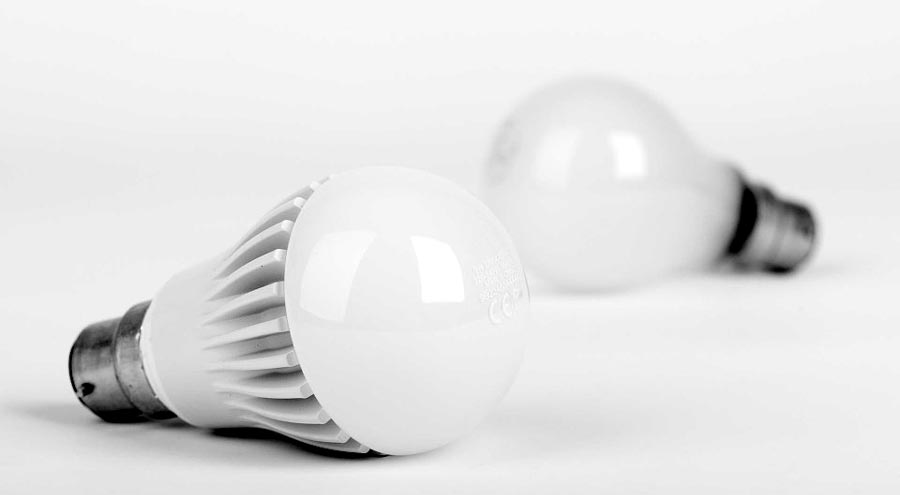 There are two main types of LED tape; one would use the rigid strips while the other guy is the flexible tape. As the name suggests the pieces that are rigid are merely LEDs that are installed of the casing that is made of plastic. Also known as LED spots, they can also be mounted on housings made of aluminum with water or moisture proofing coats. When it comes to flexible LED tape, on the other hand, these are the varieties that come mounted on sticky tape or adhesive backings and could be shaped to fit the needs of the user or the installation space.

How Flexible LED Tape is made

To be able to form a strip of flexible LED, many LED bulbs are attached to the adhesive tape that is connected by the flexible conductor. When power is applied to the electrode or conductor, the bulbs start to glow. Since the base is crafted with strip material that is flexible, it can be formed into rolls and easily stored. Cutting these tapes to specific sizes is a possibility.

There are cutting points commonly found at specific intervals on the length of the tape. This makes it possible to only use the right range of LED to fit the need. No damage will occur since flexible LED tapes operate on a closed circuit. It is for this reason that many have found various uses for this type of LED strip.

Soldering the strips can be done to connect cut up pieces. Some other connection methods are provided with the strip upon purchase. Usually, the LED tape can be found on reels with connecting or soldering points available. To utilize these strips in the outdoors, find IP rated versions that can withstand external elements particularly moisture.

In the past, LEDs have been mainly used only as indicator lights since they were only capable of emitting minimal illumination. As of late, LEDs are now designed to produce ample lighting that can allow them to be utilized for various lighting applications. Unlike other lighting options LED does not burn out easily.

Studies have shown that a single LED fitting can last for more than ten thousand hours. Therefore using LED can help lower replacement expenses. Furthermore, they are energy efficient and environmentally friendly. They generate very little heat and do not contain any harmful components thus making them safe for both the user and the environment.

LEDs are primarily known as a “green” technology: that is, LEDs use far less energy to operate and as a result less fuel is needed to run engines and generators to replace the power they consume. Additionally, LEDs have no toxic materials such as mercury in their design, making them more environmentally friendly when it comes time to dispose of or recycle them.

A quality LED light can require up to 80% less electrical power to produce the same amount of light as a comparable incandescent lamp. A typical 40 watt incandescent light bulb for instance produces about 500 lumens of light output and draws about 1.5 amps of current. A 10 watt LED light on the other hand can produce 600 lumens of light output while drawing as little as.45 amps, making it far more efficient. Even better, if installing LED lights inside an area such as the cabin, LEDs will produce only a fraction as much radiant heat, which means your onboard air conditioning systems will have to work less as well to maintain a comfortable cabin temperature.

One of the really great things about LED lighting is that it is not only available to builders of new boats. Owners of older ships built before the introduction of LEDs can benefit as well and can greatly advance the efficiency and performance of their vessel in less than a day with an upgrade to LED fixtures. Most LED fixtures designed specifically for boating applications are intended to be direct replacements for many types of existing incandescent fixtures. Because of this, it is possible to find LED fixtures that will bolt up and wire in without the need for any modification to your existing mounting setup at all.

Another way boaters take advantage of LEDs is by using the wide variety of available fixture designs to produce lighting that is hidden yet effectively illuminates a galley or cabin area. LED strip light designs are ideal for this type of application and allow you to mount the fixture under the lip of cabinets or along the base of moldings, thus providing a well-diffused source of illumination that isn’t directly visible when the lights are switched on or off.

The fixture itself remains hidden, yet the light is spread much as you would expect the light from a typical fluorescent tube lamp to be distributed. Many boaters are getting very creative with LED strip lights and installing them along stair edges, under gunwales, and even in engine rooms to provide a well light path that is almost impossible to miss even when all other illumination is switched off.

There are LED spreader lights that can illuminate hundreds of square feet using a single fixture drawing less than half the power multiple halogen lamps would require to illuminate the same area, and LED spotlights capable of throwing an intense and tight beam over 2,000 feet in length.

Hi Entrepreneurshipsecret Team, LED lights killer features are really great and beyond compare. One reason I switched to LED is its bulb doesn’t take long to reach full brightness, which is noticeable in non-LED light fixtures. After I finished reading this article. I’ve got to say that I have the right decision to use it in the entire home because not just they are environmentally-friendly but also offer a variety of light fitting options which are very durable and affordable. I’ll definitely extend it to my working area.