The journey of a budding programmer or developer into the domain of software and information technology is quite an interesting one. The path has stayed more or less consistent for a long time. But just as the market tends to evolve, so do the organizational demands, which consequently end up affecting academia as well as certain ladders of programming excellence that one is expected to scale. For nearly a decade, knowing how to program in C was considered the basic level of programming knowledge one should attain. However, the bar has risen since then.

C-Sharp, also referred to as C# in its shortened form, was considered one of the final rungs in the ladder of achieving programming excellence under the C family. This doesn’t mean that the basic languages are outdated now. They still do have their usage in many scenarios. Since the world is increasingly embracing advanced functionalities as well as expecting them, the norm for being a basic programmer has increased as well. C# has its backing from Microsoft and pairing with Visual Studio as a development environment can make it extremely powerful.

Here’s why getting C-Sharp training is advantageous to start off with. 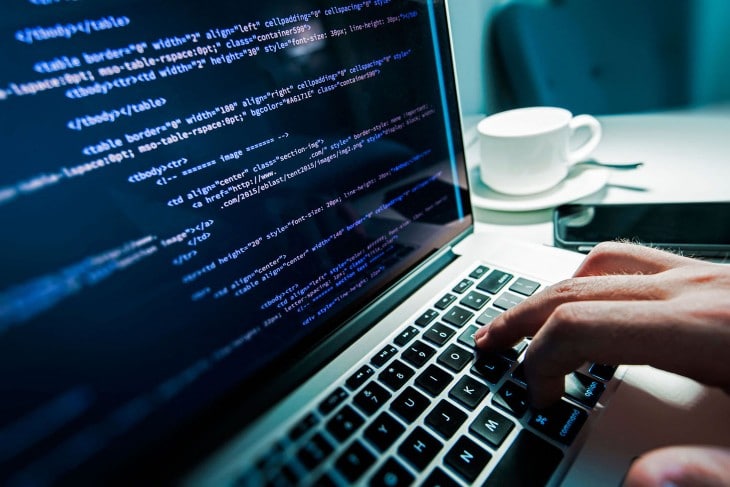 When starting off with picking a new language, a lot of developers need guidance in sticking to a good path that is tried and tested. In such scenarios, having a language that allows a lot of freedom in developing various paths could easily become overwhelming than flexible. Helping to adhere to a particular sequential structure of logic can help in the initial stages with development of code, and pick up the pace gradually over time.

One of the major reasons for most budding programmers to start off with C-sharp is this. It is one of those programming languages that are extremely structured in nature. So, what you essentially look at is a code that executes in a procedural manner and sticks to a standard set of logical operations. This helps in developing code easily, helps in understanding the pre-existing code and its functionality, as well as makes changes and figures out its dependencies without much trouble.

Similar to many other languages, C# also prefers using multiple small modules to carry out a large functionality. These modules, referred to as functions, can be built and modified by the user. However, the library of C# itself contains a ton of inbuilt functionalities that can be used by the user to speed up the learning process.

Once the learning curve begins to rise up, a programmer begins to realize that any code that is built will be interacting with different programs in the real world. Those may not always be built using the same language. Furthermore, with added functionalities and complex developments come added access to different areas of the code which can pose a risk to break down the application run completely with errors.

In both aspects, C# provides great benefits. Firstly, since a lot of languages have C or C# at the base of the nativity, any programs built using C# can work with programs that are built in other languages that share a similar nativity. This allows you to recycle the code to be used in various areas and speed up the development. Apart from this compatibility, C# has been known to be type-safe. It is extremely secure to the limit where it has access to the actual memory and executes functions right within. It also has fail-safes to prevent unwarranted operations such as changing value types unexpectedly.

For a programmer to pick up a quick understanding and comfort in a programming language, it is necessary for it to be as simple as possible. Furthermore, any code written can only help in building confidence if it can be tested and executed speedily, almost in parallel. And, as the code grows, if the screen begins to resemble a mess of words and functions, it isn’t going to bode well when it comes to maintaining large development requirements.

C-Sharp is fast! The time it takes to compile the entire code and execute the functionality is quite literally the benchmark for any other language to attain. The simplicity of its syntax and code structure is what makes it a quick-to-learn language all around. An absence of header files and adherence to inline coding, combined with using inbuilt functions can simplify the learning curve effectively. Finally, since C# is an object-oriented language, there are various ways ranging from encapsulating data, using inheritance and other concepts that can help you maintain the code without letting it inflate to proportions that make it difficult to be handled.

A well-planned  C-Sharp course is the best way to introduce yourself to the language and get started on your path to a successful career in programming. If your foundation is strong, every other language will help in unlocking the next level on the same path.