Ditch These Five Habits If You Want Entrepreneurial Success

Entrepreneurial success does not come easy. It is hard won, and it takes a lot of trial and error to find the right mix of attitude, acumen, and ambition to achieve success in your chosen industry. The best thing that aspiring entrepreneurs can do is to learn from those who came before them. After all, summiting the mountain is a whole lot easier with a map.

If you want to achieve entrepreneurial success, there are five habits you need to break today. Once you abandon the behaviors that do not serve you, you will find that it is much easier to reach your goals.

Here are five habits you need to ditch in order to be a successful entrepreneur.

1. Stop complaining about how hard it is

If starting a business was easy, everyone would do it. Founding a successful company is frustrating, challenging, humbling, and infuriating (on the best days). Every time you find yourself wanting to complain about the struggle, remember that the struggle is what separates successful entrepreneurs from quitters. If you want to achieve success, you are going to have to fight for it. There is no workaround, no outsourcing, and no easy path to the top.

The key is to adjust your internal narrative. Instead of lamenting the issues that arise as you start a business, appreciate them. Not everyone is capable or willing to solve business issues. If you are, then you are already leagues ahead of everyone else. See every challenge as an opportunity to push through difficulties in order to bring your business to the next level.

If that does not work, just remind yourself that you chose to be an entrepreneur, and nobody likes a person who whines about their own choices. Suck it up and get to work.

2. Stop doing more work than you have to

This may sound like a direct contradiction to the point made above, but there is an important distinction between the two.

Successful entrepreneurs never shy away from hard work, but they also never do unnecessary work. We have all heard the adage “work smarter, not harder,” but when people get into the weeds of a project or issue, they tend to forget this simple piece of advice.

Smart, hard-working entrepreneurs often think like lazy people. They rely on their creativity and ingenuity to come up with automated or prescriptive solutions to their problems so that they can avoid performing time-sucking tasks. Consider payroll software as an example.

Instead of handling payroll manually (which would require a lot of time and effort), smart business owners implement and rely on software. Some additional effort upfront winds up saving time and energy later…and no one is working harder than they have to since the software does the heavy lifting for them.

Smart entrepreneurs are always looking for the easiest, most efficient ways to do things. They understand that “busy” is not synonymous with “successful,” and actively try to free themselves of unnecessary tasks so that they can spend more brain power on larger, more strategic initiatives.

Most business owners see investments as a signifier of success. It feels good when someone believes in what you are doing enough to put money behind it; however, successful entrepreneurs understand that every bit of investment comes with strings attached. The moment you accept funds from an investor, you are beholden to their best interests instead of your own.

Over time and over multiple investment rounds, entrepreneurs can slowly lose control of their company. It is much wiser to stay lean and mean, and to keep your eye on the ball. Outside investments are a distraction at best and an albatross at worst. If your goal is to sell your company in a lucrative exit, then stop chasing investments and start focusing on the growth of your business. The less you accept now, the less you have to pay back later.

4. Stop letting the worst-case-scenario panic you

Sit down and spend some dedicated time going over the situation that inspires the most fear. Is it your business failing? Mass lay-offs? Embarrassment? Financial strife? Think about what that situation looks like, how it might come about, how you would feel, what you would do.

It will be uncomfortable, but it will help you to realize that even if the worst should come to pass, that there would still be a way to move forward. Instead of letting the fear of your worst-case scenario live in the back of your mind, haunting every decision you make, pull it out into the light and scrutinize it. Nine times out of ten, the worst-case scenario is not as bad as you have led yourself to believe. Once you realize that, you can stop making fear-based decisions.

5. Stop assuming that issues will work themselves out

The company you set out to start is almost never the company you end up with. Successful entrepreneurs understand that flexibility and the willingness to pivot is what will separate them from the pack. If you spot a minor issue, you must address it.

Too many founders marry themselves to their ideas and assume that the issues they encounter will work themselves out with scale, with better marketing, or with a different team. This is almost never the case. Instead of sticking your head in the sand and hoping for the outcome you want, face your business issues head-on. If you do not, they will fester until they kill your endeavour.

Saying goodbye to these harmful habits will not be easy, but it will accelerate your path to success. Put in some personal work now and reap the benefits later. You will not be disappointed. 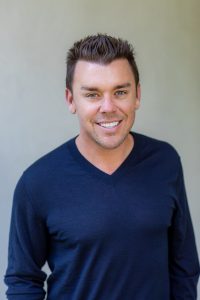 Bio: Blake Johnson is a Los Angeles (near Pacific Palisades) based entrepreneur who has successfully founded and sold a variety of businesses that currently exceed $1.1 billion in valuations. His most recent endeavor is direct-to-consumer dental aligner company, Byte. Previously, both Currency Capital and IM Capital Access (companies in which he was the Chairman and Founder), were named on the Los Angeles Business Journal’s Best Places to Work, and several of his ventures have landed him on the Inc 500/5000 list of fastest-growing privately held companies. In addition to his entrepreneurial undertakings, Blake participates in a variety of philanthropic endeavors.

Photo by Anna Shvets from Pexels

Should I Use a Windfall to Pay Off...

[…] If you want to achieve entrepreneurial success, there are five habits you need to break today. Once you abandon the behaviors that do not serve you, you will find that it is much easier to reach your goals. Source […]