Since it premiered on British screens in 2005, Dragons Den has been an unqualified success. Whilst the identity of the Dragons has changed several times over the years, the premise remains the same. Budding entrepreneurs enter the Den and pitch their business idea to the Dragons, in the hope of walking away with some expert investment.

Most of the time, the hopeful entrepreneurs are sent away with their tails between their legs – after enduring an almighty grilling concerning the faults in their business model, or the unrealistic value they have placed on their own business.

The Dragons may present a god-like image – sitting in their menacing black leather seats, surrounded by tables covered in cash – but there have been times when they have made some serious oversights. Here are five occasions where entrepreneurs have left the Den empty handed, but have gone on to make their ideas a resounding success. 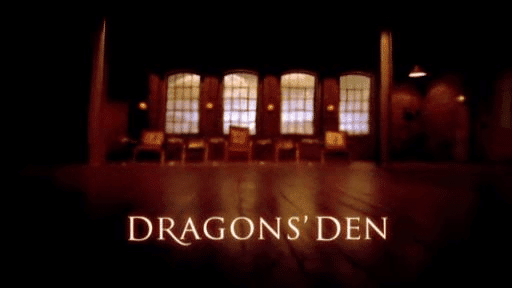 After Green pitched her idea for disabled parking permits and other handmade products for the disabled, three Dragons offered sizeable amounts of money in return for investment. However, Green decided that none of the offers were acceptable and she left the Den without striking a deal. This has proven to be a very good decision, as the Blue Badge Company has gone on to be very successful. Over 40% of their employees have disabilities and some of their products are on sale at Argos and Harrods.

Not only did Law fail to gain any investment from the Dragons, but his ride-on suitcase for kids was belittled and ridiculed by the panel. However, thanks to Law’s appearance on the show, John Lewis came in and invested in Trunki. The company now has a yearly turnover of around £6m and these entertaining children’s suitcases can be spotted in every major airport around the country.

Shaun Pulfrey with the Tangle Teezer

Pulfrey’s self-designed, tangle alleviating comb was dubbed a “waste of time” and a “hair-brained idea” when he asked for an £80,000 investment from the Dragons in 2008. Today, his Tangle Teezer business is valued at £65m and has been endorsed by celebrity fashionistas like Cara Delevingne and Victoria Beckham.

Unlike the two previously covered entrepreneurs, Lake and Charles managed to gain support on the show, as James Caan invested £100,000 in the online takeaway ordering website. However, half of the investments agreed on Dragons Den fall through after the cameras are turned off, with the Hungryhouse deal being one of them. However, Lake and Charles found investment from other angles and Hungryhouse has gone on to become one of the most recognised takeaway ordering websites in the business.

Rachel Lowe with Destination Board Games

Lowe drew from all the experience she gained ferrying customers around London in her taxi and created a board game called Destination London. She presented the game in front of the Dragons in 2005, but after enduring a difficult interrogation, she left the Den without investment. Since then, she has built a Destination board game empire and formed a separate company called She Who Dares, celebrating women in business who dare to be different. Lowe’s fantastic achievements were acknowledged by royalty in 2009, when she was awarded an MBE for services to business and promoting enterprise.