Home Business Gino Pozzo Wants you Rallying for his Team

Gino Pozzo Wants you Rallying for his Team

He is not your usual apathetic, hands-off owner, who shies away from people and the media. Gino Pozzo, the owner of Watford Club in England, is not the type to sit on the side lines at all. With his charming personality, Gino is on top of the game. His passion for football takes center stage I his involvement with the Watford club. This many, say, is the real secret to his multi-million dollar success.

Gino Pozzo’s influence on his club is actually not limited to boring fiscal or administrative decisions and duties. He makes his presence known and felt at every level of his club’s daily operations. Working from his office at Vicarage Road, he still manages to be present at his team Watford’s training ground almost every single day. He finds it very important to stay abreast of his team’s every aspect of development. 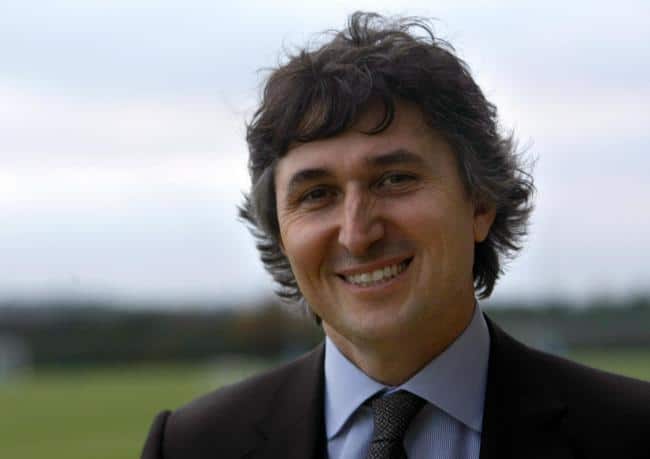 Looking at things from the business perspective, football is definitely more than just passion. Of course, possessing this helps a lot and it keeps you burning out. That being said, football is a multi-million dollar business that cannot be ruled by mere flights of whims and fancy. Back in the day, local businessmen bought their hometown football clubs for sentimental reasons. However, these days, with overhead expenses being high, serious and more profit-oriented investments have to be made.

Scouting for players to recruit as new club members, as well as trading players amongst the different

Pozzo club owned groups, is at the center of the Pozzo club ownership model. This particular business model evolved from the Watford club itself. During their first season, when the club was actively signing on new members, they had inadvertently signed too many players. As a result, they got this idea to let these excess players be traded off to their other teams.

Initially, Gino Pozzo and his team got a lot of flack for this practice. Even the media went crazy regarding the Watford club, saying Pozzo paved for the transformation on rules of recruitment and trading. The media even came to a point to criticize the Pozzo group for being unstable. It was noted that they frequently changed head coaches. But the coaches involved were thankful enough to say that this off the beaten way of handling things has allowed every coach to succeed. This strategy shown that changes can be made without totally disregarding and upsetting the cub’s essential framework.

Be Open to Possibilities

The recruitment of coaches and players show the significance of staying open to new ideas and possibilities. Football is not a short time project. It is a long-term one that requires a lot of money, which must not be lost to cunning professionals who dared to comment but do not understand the various changes coming to bombard the business. That quick time frame that is always evolving in Watford Club is not even enough to hold on to moment. Many players who suffered through it had to continue pushing forward in spite of deviations from the original plan. Pozzo believes that no one can ever know what is happing, so it is best to be always prepared. One to two years is fairly quick in the standards of football businesses, and those may not even be enough time to take on new plans.

Gino Pozzo is fairly confident in his advanced methods. Taking the practical approach, with history suggesting it is an okay approach, suggests strongly that it is the right approach. His goal, initially, was to build a stable environment around the club, so that if one coach were to leave, the entire club would not suffer. This kind of strategy in a way protects the club from complete reliance on just one individual. Gino’s approach has resulted into amazing results over the years.