Home Business Attitude Can Help You Get to the Pinnacle of Your Success: How Ammar Jali Paved His Way to Be a Successful Franchisee

Attitude Can Help You Get to the Pinnacle of Your Success: How Ammar Jali Paved His Way to Be a Successful Franchisee

They say that if you want to become rich, leaving the corporate world and starting your own business will pave the way and this is what Ammar Jali did. Having worked for under a year as a leading Fiber Optics Engineer in one of New York’s premier companies, Ammar surprised everyone by leaving the corporate ladder and starting a low-level work in the company which started his employment career.

Domino’s Pizza is where Ammar ran to after he relinquished his post from Festo Didactics. Initially working as an Assistant Manager, Ammar climbs his way to the top becoming a franchise owner of the food chain in less than 2 years.

Ammar’s decision to leave his corporate work did not come easy as most of the people he knew including his parents were doubtful about his decisions. But despite their skepticism, Ammar was headstrong and was determined to pave his own way to success. 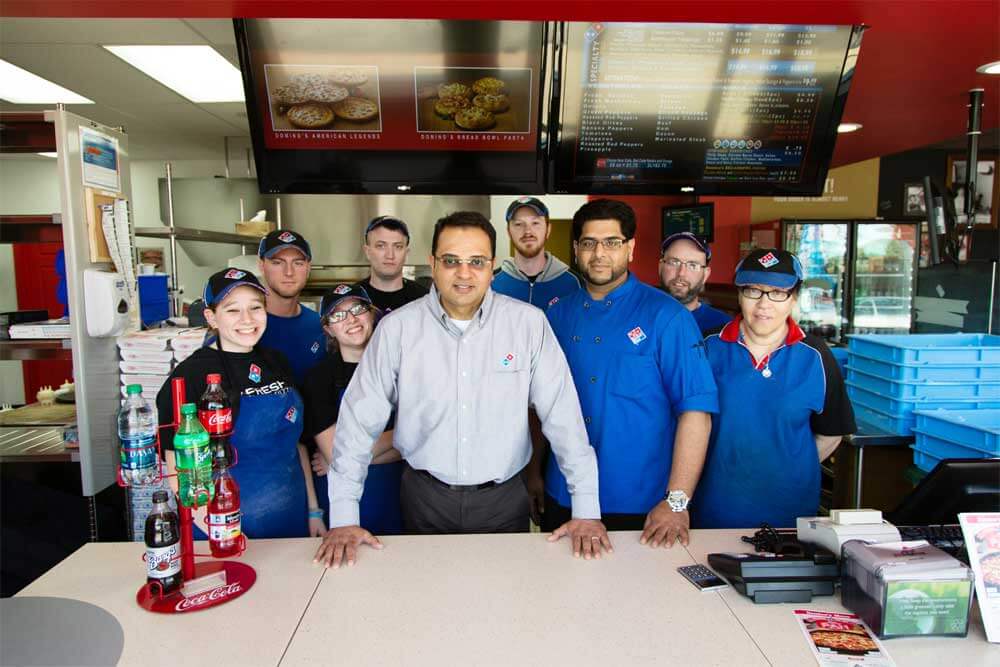 These days, Ammar’s franchise has grown in and around PA and has plans of expanding to the neighboring states. Ammar currently has a franchise in Pittsburgh working with leading civic organizations to provide media exposure along with supporting their specific causes.

Among the organizations, the franchise is working with is The Darrin Walls Foundation. They intend to support the organization with its primary cause of creating a better future for disadvantaged kids and at risk teens. Partnering with the recent Free Football Camp, Domino’s Pizza in Pittsburgh became a leading meal and snack provider of the event.

Ammar’s has also been awarded and honored for being one of the most excellent franchise owners with his dedication and commitment to contribute not just to the society, but to his employees initially. His leadership and determination transcend to the overall success of the company with his work attitude and how he treats his employees and customers.

His unfailing leadership and trustworthy character can be deciphered with how he sees customer service. Interviewed by a leading entrepreneurial digest, he says that “Customer service is not just a department, it’s an attitude!” This just goes to show that depth of his character and how it has contributed towards that success he has achieved.

Attitude, leadership, and concern for your employees are what gear a franchise towards success. The business model itself will not be your ticket, but how you deal with everyone regardless if it is a customer or an employee can be a decisive factor that spells the difference.

Pinnacle of Your SuccessWay to Be a Successful Franchisee
0
FacebookTwitterPinterestLinkedinWhatsappEmail

Ammar Jali on Creating a Brighter Future for Disadvantaged Youth - RocketNews | Top News Stories From Around the Globe September 11, 2017 - 5:24 PM

[…] played as one of the most unprecedented players of the New York Jets, Darrin went through some tough challenges himself. His career as a football player was taking the association by storm when all of a sudden, he became […]