Home Business How to Choose International Market for Business Expansion

How to Choose International Market for Business Expansion

The truth is, most western markets are saturated. That means every inch of market share you gain almost invariably has to come out of somebody else’s share. That can be a problem if your competition is ferocious. For that reason, it can often pay off to enter new markets. There might not be as much competition, there might still be far more opportunity for the market to grow and it allows you to reposition yourself into a more lucrative market segment.

At the same time, it isn’t exactly easy to enter a new market. There are a lot more things that you’re going to need to think about. What market will suit you best? How easily will you be able to move in? Are there any hidden dangers that you’ll need to consider before moving in?

To help you figure out what is the best market to expand into, here we’ll tackle some of the top concerns. 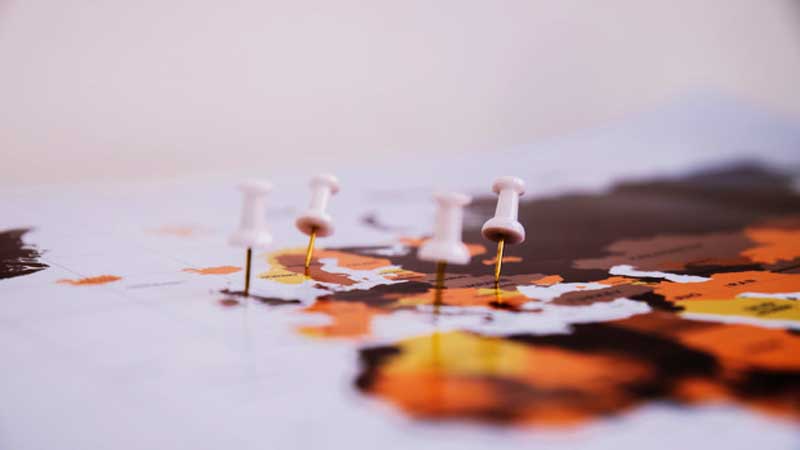 Cultural difference can easily throw a spanner in the works, as many companies discovered too late. A good example was when Walmart tried to move into the German market. They set up their shops the same way as they had in the US and as a result bombed.

Why? There were a bunch of reasons, but largely it came down to human interactions. In the US Walmart insisted its employees be cheerful and positive towards the customers. But German customers didn’t like what they considered fake cheer. Similarly, Walmart had staff pack people’s groceries for them. The Germans felt that was unnecessary. They were more than capable of doing that themselves. The result? Walmart bombed and eventually closed their shops.

That’s Germany, of all places. It isn’t all that different from the US. For that reason, it is vital that when you’re exploring where to expand to, you make sure you consult with people who understand the culture you’re moving in to. Only then can you avoid using signs that offend, creating a culture that doesn’t gel, or creating something that’s entirely unappealing to the local populace.

Just as important are the political and legal concerns. Different countries have different amounts of red tape and legal concerns for you to deal with. You should really know what those are, before you choose a market. A good place to start is to look at the ease of doing business index. This will give you a ballpark figure as to how much effort, money and time it will take to start a legal business in the country.

Just as important, of course, are political concerns. Is the government stable? Is it easy for the country to transition to a new government or will that only happen through violence? How corrupt are they?

Generally, a good guide to a country’s stability is how much power the differences branches of government hold. More checks and balances generally means more stability as these different branches serve to hold kleptocrats and megalomaniacs in check.

Another big concern is the language that’s being spoken in the target economy. Are there people in your company who can work in that language? If not, will it be easy to bring on board extra staff to fill those language roles?

This is hugely important, as otherwise you’re relying entirely on translation agencies to get your message out there. That gives them a lot of power and you little opportunity to correct them if they get something wrong. And that will happen eventually – whether you hire a top-notch company or the least expensive online translation services you can find. After all, it’s not for nothing that people talk about things getting lost in translation.

Then there is the location of the country in relation to yours. Obviously, this is important if you’re shipping physical products. But even if you offer services or digital products, it can still be important that you consider where the country is located.

One big problem that companies run into when they take a faraway country is the rise in customer service costs. After all, as people live in a different time zone, they’re going to call in with questions and send emails at different times. To correctly service these people, you will therefore need to have staff on hand to deal with those requests.

Not only that, but this staff will need to speak the language of the new market. That brings up such questions as, is it easy to find people who can handle your product, speak your language and communicate in the contact language in the new market?

Here, you’ll again want to do a check the reputation of the country that you’re moving into. In some places, workers have different ideas about what kinds of behaviors are acceptable than in others, for example. In some countries absenteeism is a real problem. In other countries it can be a lack of punctuality which can sink your boat.

Of course, this won’t be true of every person you hire. There are exceptions to every stereotype. Nonetheless, it is something you should pay attention to so that you have plans in place to deal with such problems and workarounds to make sure they don’t sink your operation.

And then there’s the personal angle. Do you actually like it there? What about the rest of your team? Would they be upset or appreciative if you ask them to go out there for a while?

This might seem like something unimportant, but it is not. Because if people don’t want to go there, then that’s going to affect turnover as well as the ease with which you’ll be able to hire new staff. Similarly, if it’s a place everybody would love to go, then that can become a very useful tool in keeping people around for longer as well as contract negotiations.

Similarly, if you like it there, then it will be far easier for you to make the trips necessary to set things up correctly out there. And that will make it far more likely that your new business will succeed.

Much like in carpentry, where you want to open your business is something that you should spend more time considering than other things. Because once you’ve gone in, it can become very expensive for you to pull back out again.

For that reason, consider every angle. Find out what other people’s experiences were. Ask people who have moved in whether it was easier or harder than expected. This will help you see the dangers before they happen and pull the plug before your move into a new international market has short circuited.

Margaret Reid is a freelance writer who is seeking to discover new ways for personal and professional growth. Currently she`s working in the company The Word Point and trying to improve herself in the blogging career. Margaret is an experienced and self-driven specialist who cannot imagine her life without writing.

How to Choose International Market for Business Expansion
0
FacebookTwitterPinterestLinkedinWhatsappEmail