Optimizing Your Manufacturing Process: 9 Things You Need to Know About Laser Ablation

By using a laser beam to remove material from a surface, laser ablation offers companies a controlled way to manipulate materials. Laser drilling or laser machining can handle simple to complex tasks in the most efficient way possible. The laser ablation process has several benefits that make it the default solution to handle projects.

An understanding of the laser ablation can help companies digest how the manufacturing process can be improved with its usage. 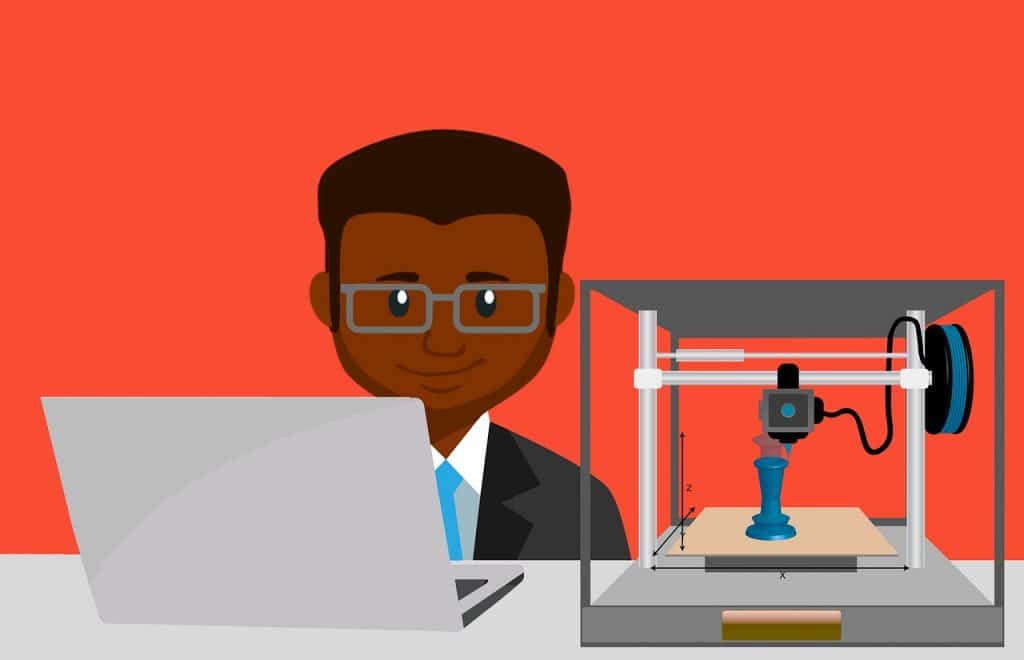 Laser ablation is not a process that depends on a single type of laser. Continuous wave and pulsed wave laser types are supported, and varies depending on the type of project. This is just a small set of configurations that you’ll have to look at. Before committing to a project, laser ablation should be researched for the highest compatibility. There are some laser methods that will save you time, while others will save the company money. It is up to you decide which laser ablation type will give you the most value. Pulsed and continuous wave lasers are explained in more detail below, and can serve as a starting point to a longer checklist. Projects that handle multiple materials will notice the effectiveness of laser ablation. It allows continuous workflow without having to deal with specifics outside of normal procedures. The bulk of the responsibility is front loaded when handling configuration and hardware issues.

The intensity of the laser is necessary for accuracy and performance. This would usually lead to a lot of heat during the working process. Laser ablation does away with the heat buildup, and very little of that heat energy is transferred to the working area. The surrounding area that you are working on won’t be damaged by the intensity of the laser. When working in tight spots, this will make a big difference in how you approach problem areas. Instead of having to work within the limitations of the machine, it becomes more about correct configurations and natural skill. Removal of material becomes easier whether it is a new or a repeat project. Low heat transfer can also prevent a lot of smaller mistakes that happen when using less accurate technology. Setup options will change the heat output, but it will largely remain efficient across all types.

Cost effectiveness is one of the main reasons to choose laser ablation for material removal. This value extends across multiple process, and isn’t singular to just one type of project. Laser ablation gets rid of several unnecessary steps in the removal process. Processes that usually require a multi-step approach can be done quickly without the need for extra materials. The time and cost savings stack up, and can really be seen when applying laser ablation to thin film removal projects. Once you understand the specifics of laser ablation, it will seem like a more natural solution to removing materials. Even the time to set everything up will seem faster than normal methods. The amount of money a company can save using this process can be seen after the first project is finished. Doing varied (or more complex) procedures will give a good overview of annual savings using laser ablation.

A green company needs hardware that is environmentally friendly. That means using equipment that has the smallest impact on the surrounding environment. Sometimes this can come at the cost of efficiency, and in a worst-case scenario the bottom line. Laser ablation does away with harsh solvents used with traditional material removal. The abrasive techniques used to complete projects are no longer a mandatory part of the process. With laser ablation, you get a much cleaner work environment while boosting the efficiency of your workflow. A lot of the tasks are now automated with laser ablation, and it works with ceramics, plastics, metals and more. Some company policies are stricter on environmental policies than others, so take a close look at your equipment. Switching to laser ablation will align your policies with many of the leading green companies in the industry.

There is a long list of materials that laser ablation excels with. This extends beyond the electronics sector and covers multiple different industries. Laser ablation describes one of many capable laser processes that was created with accuracy in mind. Think of laser ablation as a method rather than its own separate technology. An introduction to laser processes will open the door to a much more effective work environment. Currently, the three laser types on the market at gas, fiber and crystal. How they effect layers of materials when focused is different based on configuration, setup and material type. Since materials react differently to each type of laser, users should get familiar with the method that works best for their manufacturing process. There is no point to valuing the cost effectiveness of laser ablation if your original set up does not prioritize type advantages.

Pulsed wave lasers provide flexibility and speed when projects need them the most. Using different modules, pulsed wave lasers are compact and can integrate well into different work spaces. If you go all in on a modern interface, it will be plug and play out of the box. The multiple connectivity options of this laser makes it an easily configurable ‘maintenance free’ laser. There are minor differences between this setup and continuous wave when figuring out configurations. Notable technologies used for pulsed are PulseTune and GTwave. These are just some of the choices when looking at modules to use for pulsed wave lasers. At first the list of modules can be daunting for a first time user of laser technology. The variety in choices turns into a major strength when you realize how well it will impact current and future projects. The only time you will give serious thought into pulsed versus continuous is when deciding on material type for a project.

Continuous wave fiber lasers provide steady power input when used. The levels remain the same for the laser action for the best results. Good hardware is needed to meet the requirements to maintain this level for extended periods of time. These requirements extend to the rest of the project, where material compatibility will be prioritized. Like all laser types, the versatility of continuous wave fiber laser remains high. This type of laser will speed up a project that was previously handled through traditional means. On top of the speed benefits, you will have less waste to deal with during and after the process. Continuous wave fiber laser is also used for human surgery, proving that its accuracy is second to none. For industrial applications, that same accuracy is the same or better based on the type of equipment you use.

There is no one laser that is considered the best since every company works with different materials. You may favor different types depending on the materials, length of the project and allocated costs. This doesn’t even cover the configurable options like products, module types or the series within an ablation laser line. If you try to build the best laser possible for each company, each completed product would have different parts. Companies should concentrate on getting hardware for laser ablation that fits their needs rather than what is leading the market. That way they can favor hardware that is fit for project specific materials instead of a jack of all trades. There is a considerable boost in time and value when getting laser hardware designed for your company.

With great versatility, laser ablation can be used across multiple projects. Little to no maintenance is required to maintain the equipment in its top form. You can go from one major project to the next without worrying about the hardware breaking down from usage. Laser technology compliments the continuous nature of industry, even when it moves at breakneck speed. Small adjustments through configurations or hardware modules can prime a laser for the material type you need. That way it is always at its peak when you need to handle a different type of material. For more fine tuning, users can decide between over six different beam types. This further enhances the usefulness of laser ablation in a multiple project setting. Once you narrow down requirements, the value of any laser process is an instant boost to the company. With continued advancements to laser ablation, that value will continue to skyrocket.

Experience with the technology is vital to getting the most out of laser ablation. It’s worth the investment, and can save a company time and money. While the manufacturing process remains simple, the speed at which it is handled depends on developing technology. Laser ablation is that next step, and has already proven a competent choice for major projects.