Key Requirements for the Safe Storage of Petrol in the Workplace

When it comes to storing goods, different parameters are required to ensure their safety. But when it comes to dangerous materials like petrol, most of the precautions put in place are to protect the people near it.

While petrol can easily degrade under the wrong storage conditions, that’s not the worst thing that can happen. Wrong storage can cause huge containers of petrol to explode, and this can easily become a major disaster.

The storage of dangerous goods is regulated by the government, more specifically through the National Standard for the Storage and Handling of Workplace Dangerous Goods.

Unfortunately, some goods are inherently dangerous when they’re exposed to inadequate environments; changing their properties to make them safer is not always a viable option.

The only remaining solution is to ensure that they are stored and handled in a very careful manner. Methods that are used to comply with the national standard differ according to the compounds stored.

If there is contact with the general public, the regulations become much stricter. To help you wrap your head around the key requirements for the safe storage of petrol in the workplace, we’ll be providing a few important tips.

Liquefied petroleum gas is a very troublesome form of petrol to store. The main issue that makes its storage complicated is that it’s odorless. The hazardous aspect associated with being unable to manually detect its presence makes it a very controlled type of fuel.

Leaks can easily go undetected, piling up to a dangerous rate that can be ignited from any spark or high pressure. Regularly, the storage and handling of such fuel should be kept only for necessities, where using an alternative isn’t a viable option.

The storage area should be properly fitted with explosion ventilation, not to mention that it should be in an open-air environment. Gas detectors should be added as a fail-safe to be notified of a leak as early as possible.

Restrictions on the Amount of Petrol Stored

Depending on the country, the amount of petrol you store in the workplace is limited to a standard quantity. Some countries like the UK allow up to 50 liters of petrol if it’s in a workroom, as long as it’s in a container approved for such purposes.

Most countries send a professional to ensure that the safety regulations and the number of petrol restrictions are being met. The nature of the work may also affect the amount authorized.

Storing fuel for a generator isn’t the same as a petrol station. As mentioned on http://www.ablesales.com.au/portable-truck-ute-fuel-tanks/, diesel tanks are specifically designed to be the most secure, with padlocks and locking hasps, to store large amounts of petrol are called fuel cubes. They can be used to safely store petrol in various industries like mining, agriculture, and others.

Cans and Drums of Petrol

One of the most common ways of storing petrol is through the usage of cans and drums. But it’s very important for any entity considering this storage method that they have clear plans for their disposal.

If you’ll be constantly filling and emptying large numbers of small containers, you’ll be increasing the risks of mishaps to happen in the workplace if manual handling is involved. If you’ll be storing quantities above 300 liters, it’s time to use tanks instead of cans and drums. 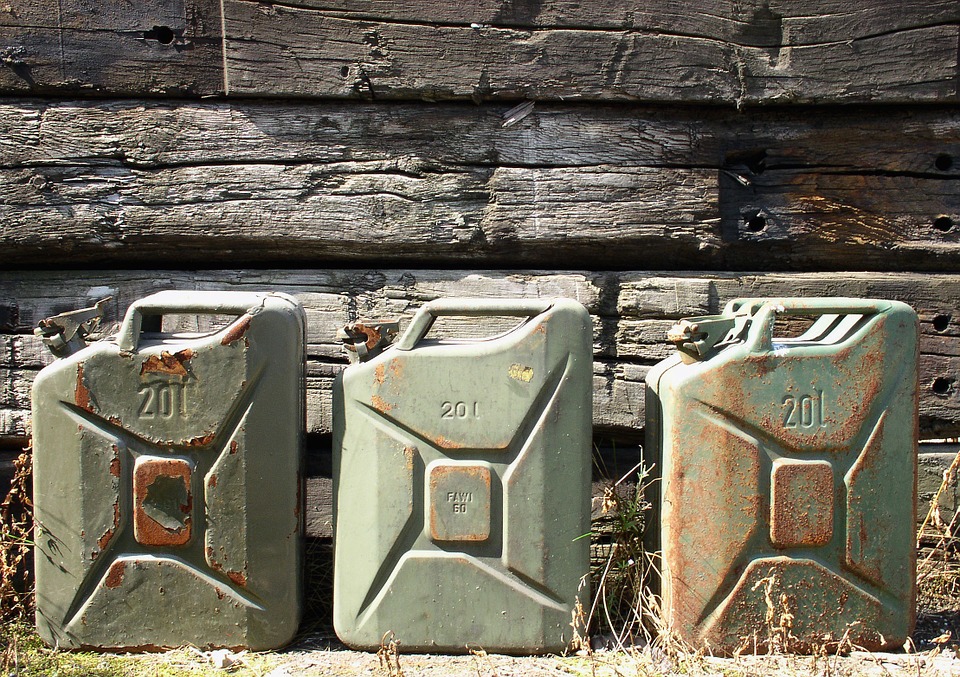 The best storage locations are usually in the open air at ground level, where leaks and toxic fumes can be easily dismissed into the air. This means that the roof of a building is not an ideal location because it’s not at ground level.

Since these locations are hard to come by for average businesses, storerooms ought to be used, designed specifically to store petroleum. You should avoid placing them in the same building.

The storing locations, unless customized to do so on an industrial level, are the worst locations to carry operations of emptying and filling. This is mainly because of the large amounts of fuel available that could easily lead to a disaster.

The transportation of petrol should be carefully done according to the regulations of each country. Most nations set a limit on the amount of petrol that can be transported by one vehicle.

If you’re using petrol cans to transport petrol in a vehicle, it should be arranged and stowed properly to prevent any leakage since they are prone to damage from the movement of the vehicle.

The vehicle used should have a secure location like the boot of a car or load-carrying area of a pick-up. Storing it out in the open gives room for external environmental factors to damage the petrol, not to mention the possibility of theft if it’s not attended.

If it’s possible, avoid transporting petrol in hot and sunny climates. Instead, try to see if it’s possible to transport it during the night. The hot weather may not cause the petrol cans to explode, but it can still heat it enough to allow the fumes to leak out of the cans.

Dry powder fire extinguishers should be available in the vehicle, preferably more than one. Make sure that the extinguishers are inspected weekly because they are your last line of defense against a full-blown disaster.

The Proximity of Other Dangerous Goods

Whether you’re storing petrol in an open-air area or an internal storage cabinet, you should make sure that no other reactive substances are close to petrol; the ideal scenario would be to avoid placing any substances except necessary safety equipment near the petrol.

Even if the petrol itself isn’t in touch with other materials, its fumes can still react and cause explosive mixtures. The fume mixture of petrol and oil can damage containers slowly, causing an invisible dangerous threat.

While there are different standards for storing petrol in each country, many share a lot of similarities. Dealing with dangerous goods should never be taken lightly.

Petrol is a very common type of fuel used around the world in a myriad of applications, so it’s usually stored by a lot of workplaces. Taking the necessary precautions will make sure that you are on the legal and safe side.