Making the right choices about your social media marketing is one of the first steps to building real engagement with customers or conversation within your industry. Without a solid awareness of which platform is most relevant and offers the best ROI, you’re walking into a land of opportunity with your eyes closed.

However, there is solid statistical data to help you choose which platform you’re best leading with, along with which secondary and tertiary avenues you should pursue.

Here’s a handy round up of the relative strengths and weaknesses of the various social media platforms to help guide your decision making. 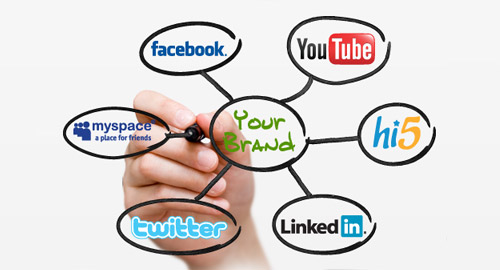 Twitter is not necessarily the Facebook-lite that many people consider it to be. It has a vastly different connection method to Facebook and is perfect for media companies or those companies that specialise in the dissemination of information. Indeed, in terms of the media industry, Twitter outstrips Facebook by around 25%. A similar trend can be found in the travel and housing markets, where users are looking for specific items.

With over 140 million active users, 40% of which are 31-49 year-olds, Twitter has a more mature audience than you might expect. The nature of Twitter’s following system also means that it’s much easier for users to find you, particularly if you’re in a specific niche.

With over a billion users worldwide, Facebook is the current king of social media. What many may not realise is that it hasn’t been king for that long. Only ousting Stumbleupon as the top of the pile in December 2011, in terms of traffic generation, it’s unsurpassed. However, this metric is not everything. When you consider that Pinterest generates, on average, four times the conversion in the retail market, Facebook might not be the lead that you need.

However, not using Facebook marketing is usually a mistake for customer-facing companies, whether you use it as a primary or secondary avenue, its dominance in a vast majority of industries is unrivalled. B2B might not see such returns, but with almost 1 billion users, of which 30% are 21-24 year-olds, the sheer scale makes it an almost irresistible platform.

As the fastest growing social media site in history, Pinterest is seeing upwards of 350% growth, month on month. Particularly valid for companies looking to promote their products via imagery, Pinterest is big in retail, home improvement and fashion. While it may be small in terms of registered users, the statistics make very interesting reading.

The obvious difference here is that LinkedIn is a professional network. The largest demographic being 35-44 year-olds, accounting for almost 25% of the 150-million strong user base, its demographics have a wider spread than others.

The main use of LinkedIn is for B2B and industry communication. Its customer-facing use is limited, or negligible, so shouldn’t really be considered a viable option for many businesses. Within B2B, the divisional make up of users are entrepreneurs (10.8%), sales (9.5%) and operations (8.3%). The top three industries covered are tech (14.3%), finance (12.4%) and manufacturing (10.1%).

While it doesn’t require registration, making active users something of a null statistic, YouTube gets over 800 million unique user visits per month. Regardless of those figures, it’s very interesting to note its interactions with other social media, with over 500 years of YouTube video being watched on Facebook every day as well as 700 videos being shared on Twitter every minute.

YouTube, then, makes the perfect secondary or tertiary social media platform from which to source exclusive material for your other platforms. As a primary platform, however, its use is limited to industries such as media, military and fashion.

The only real advantages Google+ has are that marketers can use it in tandem with Facebook, having many of the same functionality, but with a different demographic, as well as the fact that it’s very likely that the future of Google+ is brighter than the rather lacklustre position it has now. Regardless of how you see Google+, there is more than ample opportunity for  Google to push it through many of its apps, such as G-mail, Google Drive and Google Maps.

Rarely seeing a tenth of the mass of Facebook, Google+ is not something you should consider as a primary platform. Some industries do reasonably well, such as automotive, tech and travel, but currently it sits very much as the poor man’s Facebook. Any social media marketing campaign on Google+ should definitely be one with an eye on the future.

It’s common to think of any one social media platform being a stand-alone communication channel. As social media marketing is evolving, the more successful campaigns are those that use not only the full functionality of the platforms, but also show an awareness of the intertwined nature of social media in general. No platform is an island, so investigate ways you can build on multiple platforms and create engagement between them to really drive your business.