Home Featured What Distinguishes Really Successful People from Others

What Distinguishes Really Successful People from Others

Its everybody’s desire to achieve success in their respective fields. To some, success is a means to an end which is to become rich while to others success is the end which is just being successful without caring about riches.

With capitalism, everybody has the opportunity to achieve whatever it is they set out to achieve professionally. But like every good thing, there is a bad part to it. Many people are alienating themselves in the pursuit of money, that is, not wielding their natural God-given gifts. It was termed Self Alienation by Karl Marx

Self Alienation was propounded by Karl Marx as one of the negatives of Capitalism and till today, people still fall victim of this reality. Leaving them to become slaves of money and the pursuit of money by indulging themselves into Labour that has no distinctiveness to their personality.

We have many people who just follow whatever it is that brings the fastest money. It’s a trail that may never lead to self actualisation.

The set “means” by which society has led many to conform to is the University-Graduate-Find a Job and Survive System. While it has worked for many, most people are still caught up in the middle who weren’t able to follow the set “means” of achieving prosperity by the society.

It’s a simple situation of plenty people trying to get past a fence with just one ladder.

Many people have seen this trend, and have seen how difficult it is for so many people striving to get to one particular point through one way. It then forced a division, people have been divided into 4 groups.

The People who Conform

These people are the ones that stay in the path created by the society to get wealth, they keep trying to get to their desired destination with the set “means”. They improve their qualifications, by getting more education. This action may likely increase their chances of stepping over others and getting through the ladder.

The People who do nothing

These are the complainers, they mostly just sit down and fold their arms blaming everybody and everything around them for their situation. They really don’t do anything to improve their qualifications which will improve their chances, these people don’t want to work and prefer things handed to them. Most times, they end up with low-paying jobs or involved in petty businesses.

The People who find another route

These are the ones who many people want to be like. They end up doing great things and being remembered for it. They follow their inner strengths and create something out of it. They usually end up employing those who conform.

These sets of people follow ways that are tagged as an offence in the society. These are people who go into Armed Robbery, Sex Work, Fraud and the likes to get wealth, while this is not an advisable route to follow, people still do it. 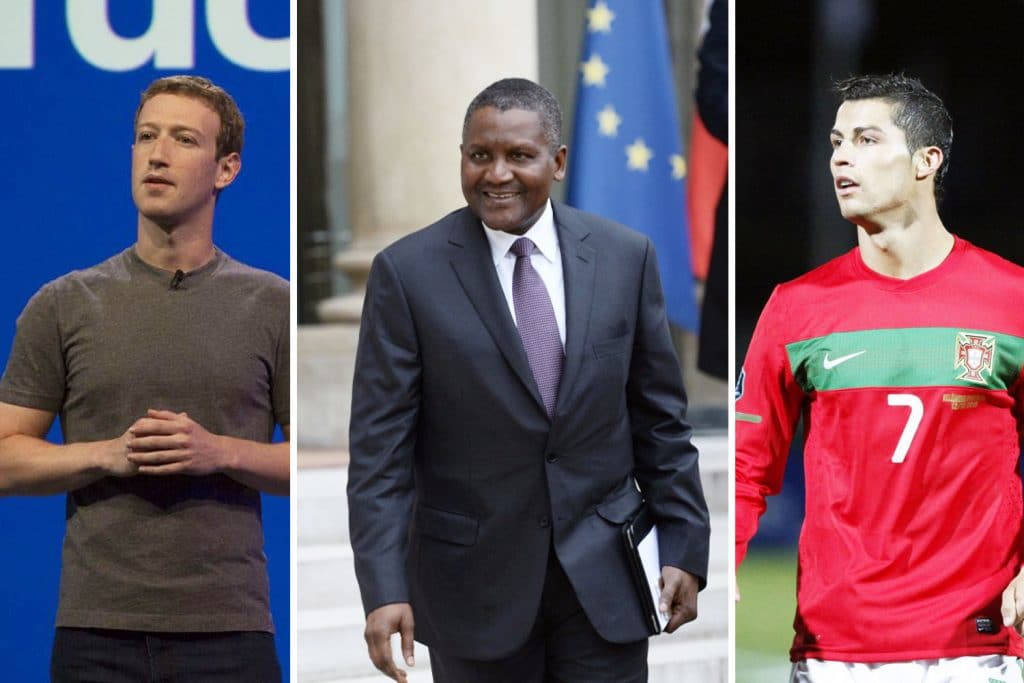 How Do Really Successful People Get There

Looking at people who are really successful in the world today, there’s one thing they all have in common. Which is they all developed and perfected their skills in ways they themselves won’t have imagined possible

For example, Cristiano Ronaldo, What made him famous? His skills. He didn’t alienate himself by conformity to the society’s ways of getting success. He followed what he love to do(you can call it passion). He works like a madman in order to become better than he was yesterday. Today he can retire and no one would deny the fact that he was one of the greatest footballers of all time

To business, Mark Zuckerberg, the owner of Facebook, Whatsapp and Instagram. He got into the limelight after creating something that connects with people around the world. He wouldn’t have gotten there without him working on his programming skills.

One thing about skills and self improvement is, whatever you decide you want to become, you have to prove it. The people who perform their skills effortlessly are people who have worked the hardest on their craft.

It’s no wonder why they get paid handsomely.

We all have things we love doing that have been embedded in us by God. What stands as a barrier is lack of confidence, self doubt and negative thoughts. It can be hard putting yourself out there and often being criticised by people but you just have to live through it.

As I write this, my mind just thought about Nike’s logo “Just Do It” It is something that speaks volumes because in whatever it is you do, If you can start it and keep doing it, you’ll go places that you wouldn’t have imagined before you started.

Through prayers and positivity you can be whatever you’re meant to be.

We all have different voices, different ways of doing things, sometimes it may be like many people are doing what you want to do but Just as our faces are different so are our works.

Do want you love to do, things that come to you easily then develop yourself

My name is Tochukwu Okoro Evans. I’m a writer from Nigeria. I run the sports blog- www.scot.com.ng

[…] Financial success is always within the reach of the average man. But they must know what to do to break even and do it with considerable dedication. […]