Home Business Embrace Mistakes, They Will Make Your Business Stronger

Embrace Mistakes, They Will Make Your Business Stronger

Making a mistake is embarrassing. It hits you hard and stops you dead in your tracks. If you’ve ever made a large blunder at work, then you’ll know the feeling. Your heart races, your face flushes. You want to curl up and die from embarrassment or run away from the shouting you’re about to get!

Yes, there will be an immediate fall out that you’ll have to deal with. But, it will make you stronger and help you see more clearly. This practice is even more important if you run your own business. Making mistakes is the key to moving forward. It’s a vital part of figuring out your business and forging the right path. Many people are held back by the fear of failure. The fear of making a mistake and suffering the embarrassment will often stop great ideas. 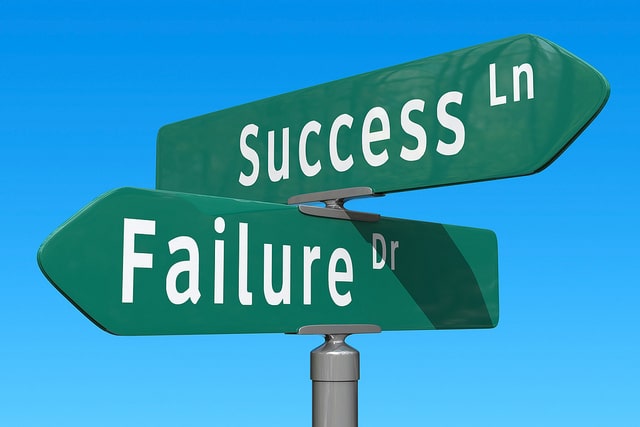 This is no way to live, especially for successful entrepreneurs. The best make mistakes and they keep making them. It’s how we learn, it’s how we evolve and progress. Making a mistake means that you’re taking a risk. It means that you’re doing something worthwhile. Embrace it and move forwards. Facebook founder, Mark Zuckerberg, famously said: “If you’re not breaking things, you’re not moving fast enough”. It’s the perfect quote that helps us embrace failure and mistakes.

If you’re making mistakes, it means that you’re trying. It means you’ve taken a risk and pursued something you feel passionate about. That, in itself, is worthy. A mistake or a failure can be devastating. It can kill your confidence and make you question your resolve. If that happens, the best thing you can do is find a new angle to look at it. Rather than get bogged down with failure, praise yourself for trying something new. At least you were trying. You’ll regret not trying something, far more than failing at it later in life.

Don’t look at a mistake as a failure. Failure suggests the end. It means there is no way around. Instead, look at failure as simply an obstacle. Although that particular route may have been shut down, use your creativity. Look at things in a new way and find an alternative route. You’ll probably find that the alternative route was the right one all along.

You’ll learn more about yourself than any success will ever teach you. Success is great. We all love a good victory. The celebration, the feeling of achievement. However, it is nowhere near as powerful as a failure or a mistake. A mistake shows you so much more about yourself. It reveals the true, burning desire within you. It shows the strength of your resolve and the depths of your passion. Without failing, you never know how much strength you have in you. You learn more about yourself with every mistake you make. Embrace that and use it to your advantage. Don’t look at it like a mistake, look at it like a learning experience for yourself. You’ve now explored new levels and emotions you didn’t know you had.

Mistakes also help you grow wise and smart. Sometimes it takes a huge mistake or a failure to understand how things work. You often need things to come crumbling down so that you can figure out how it fits together. You learn more about the world through mistakes. As long as you take the time to look back and figure out why things didn’t work out this particular time. It gives you clarity and understanding on how to move forward. This may be the perfect time to speak to consultants. Get a fresh perspective on where you went wrong and how to learn from it. This slideshow by Todays Growth Consultant will also help give you some perspective.

Failure and mistakes are actually part of life. During school and throughout most jobs we are taught that failure is bad. Success is rewarded and failure is shunned. Mistakes are punished and failure not tolerated. This is completely at odds with the real world. Making mistakes is a vital part of learning and growth. It is unfathomable how educational institutions attempt to wring it out of you. You need only think of babies, who learn the very basics of being alive through making mistakes. They stand up only to fall over. The walk only to bump into things only to learn where to go. Making mistakes is natural and should be encouraged.

Embracing mistakes is the best way to eliminate the presence of fear in our lives. Fear is what holds us back from so many things. It stops us from pursuing a dream or exploring new adventures. “what if it doesn’t work out?”, “What if I fail?” These are all common thoughts that stop us from achieving great things. Making mistakes is the first step to moving past these ideological barriers. Embrace mistakes and shun the concept of fear. When you aren’t afraid to make mistakes, making them doesn’t seem like such a big deal.

Every great business makes mistakes. It is important to remember that you are not the only one. When you make a mistake, it’s easy to crumble and feel like the smallest person in the world. Take solace in the fact that millions of successful people have done exactly the same thing. They have learnt from it and moved on. Apple, Facebook and Microsoft have all made mistakes. Many big companies exist because of mistakes. They went forward with a new product and a new image. Sometimes it takes a mistake to show you the path you should really be on. Take this new path with excitement and embrace it.

Finally, live without regrets. Like we said at the beginning, making mistakes means you’re trying. When you look back on this mistake, you’ll be thankful that you tried. You’ll regret it far more if you hadn’t. Learn to take responsibility for the mistakes. Embrace them and do not blame others. A culture of blame means that you won’t learn from the failure.

Make mistakes. Make them often, but never make the same mistake twice. Failing is not the end. In fact, it is probably just a new beginning. However, it only works if you learn from it.